This article is a stub. You can help Darius Wiki by expanding it.

Sagaia is a shoot 'em up video game originally released in 1991 for the Game Boy in Japan only. This game is a original title for the handheld console, mixing elements from the first two games while featuring its own unique levels.

This game is single player only, not featuring formation bonuses and zone selection at the end of the levels, but the ending is divided into three depending on the difficulty. Since the game is on a monochrome system, items are identified by different symbols instead of colors. 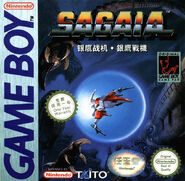 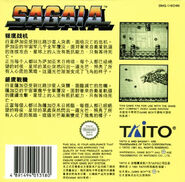