Darius Gaiden (Japanese:ダライアス 外伝, "Darius Side Story") (arcade promos in North America announced it as Darius III, but never got released with such name) is a shoot 'em up video game released for the Arcades in 1994 in Japan and North America, respectively. It was ported to Sega Saturn in 1995, Sony Playstation in 1996, Windows in 1997, and Playstation 2, Xbox, and again for Windows, as part of Taito Legends 2, in 2005. It is a direct sequel to the original Darius.

After an epic battle on planet Darius, the planet seems to whither, forcing a massive emigration to the planet Vadis. However, after much time passed, these immigrants decided to return to their home planet. While their return plans were taking shape, an unknown force began destroying their ports of transit and docking both aerial and nautical.

The destroyers are now chasing after the main convoy of ships (which is presumed to be used in the transporting of people between Vadis and Darius). As the convoy approaches Vadis the evil hands of the destroyers extends towards the Vadis's INS (Immigration & Naturalization Service).

One by one, the attacking enemy slaughters resisting Silverhawk soldiers. Silverhawk is now left with only two planes, and these planes head into battle with the aspirations of it's people in tow...

Darius Gaiden is a two-dimensional shoot'em up. The player controls a space ship named the Silver Hawk and must guide it through scrolling stages, destroying enemies and avoiding obstacles along the way. The ship is armed with forward-firing missiles, aerial bombs and a protective force-field, all of which can be upgraded by various power-ups that are dropped by specially-colored enemies when they are destroyed by the player. New to the Silver Hawk's arsenal in Darius Gaiden is the 'black hole bomb.' When fired, the black hole bomb will create a large vortex in the center of the screen, which sucks in enemies and projectiles on the screen for a short moment, until it explodes into a powerful ball of lightning that inflicts massive damage onto every enemy on the screen.

Another feature introduced in Darius Gaiden is the ability to capture minibosses, who appear in every stage. Each miniboss has a small, circular ball placed on them that, after receiving enough damage, will detach and float away, causing the miniboss to turn idle. If the player collects the ball, the miniboss will follow and aid the player. After a brief period of time, or the player loses a life, the miniboss will explode.

This version of arcade game contains rearranged levels, as well as automatically-enabled auto fire, two extra weapon power levels (bigger wave shot and a bigger red wave shot as well) and an all-stage mode which can be accessed by starting the game in 2P side.

All cheats submitted by EmP for the Saturn version

CD box back US 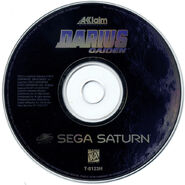 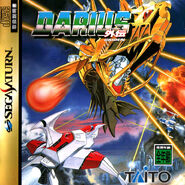 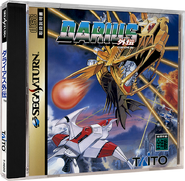 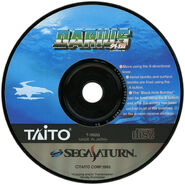 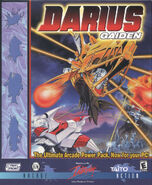 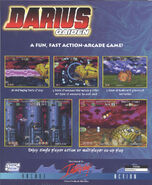 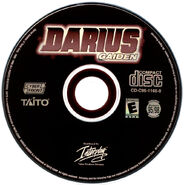 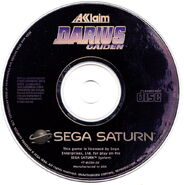 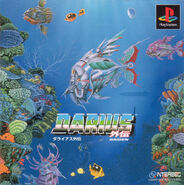 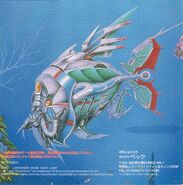 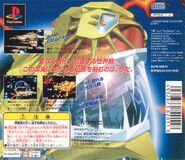 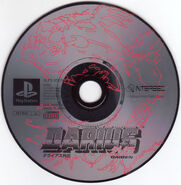